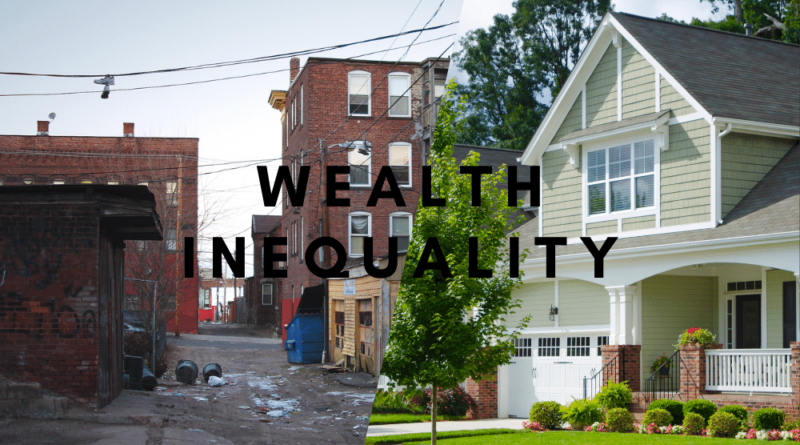 Much More on Wealth Disparity

Everyone knows that in a society, people have varying amounts of financial wealth and comfort. It is defined as “income inequality” and “wealth inequality”.  The term is used extensively in politics, news, and academia, inspiring controversy, debate, and even public protests like Occupy Wall Street and We Are the 99 Percent. Explain why…

Are you and your family wealthier than the average family in your community? Do you and your family have enough money to safely handle unexpected emergencies, disasters, or long-term unemployment? Do you think working hard may greatly increase your material wealth? The answers to these issues are vital to adult life and are intricately linked to income and wealth sufficiency.

What do income and wealth disparity mean?

Why is health vital?

Wealth is vital because people rely on it to get through financial crises, support retirement, educate their children, or start a new business. Life quality and wealth are linked. Income is vital because it is the starting point for building wealth.

It has existed for as long as societies have existed. After all, people have diverse vocations, values, and pay levels. People live in various situations. There will always be gaps between “haves” and “have nots.” Wealth and income inequality have risen dramatically in the United States in recent years, posing major political and social issues. In 1976, the richest 1% of Americans collected 8.9% of total pre-tax income. The wealthiest 1% received 22.46 percent of all US income in 2012, and that number continues to rise.

The statistics regarding wealth inequality are staggering: The wealthiest 10% of Americans own 84% of the country’s wealth. The average net worth (total wealth) of upper-income families is about 70 times that of ordinary lower-income families. Those are some dramatic numbers! During the previous 30 years, the wealthy have become richer, while the poor and middle class have gotten poorer, if at all.

Do wealth and income inequality affect commerce and the economy?

A lot of debate on the effects of wealth and income inequality on commerce and the economy. Others argue that rising income and wealth inequality is a natural result of changes in the US economy. The people who benefit the most from rng inequality use their wealth to create new jobs, technology, and opportunities that are available to everyone.

Others economists and politicians believe wealth inequality is an unnatural strain on the US economy. They claim that government policies that favor the wealthy over the poor and middle class undermine the economy by limiting most people’s capacity to contribute to economic growth and gain access to wealth. This harms commerce. It hinders economic growth by reducing middle-class purchasing power and forcing many people into credit card and other debt to make ends meet.

Moreover, wealth disparity may contribute to a less educated workforce, limiting America’s ability to compete in the global economy. Thomas Picketty, author of “Capital in the Twenty-First Century,” sees this as a direct threat to the American ideals of liberty and opportunity.
What can be done to buck the trend and close the gap?

Experts say closing the gap will need a concerted effort from the US government and corporate policymakers. Some experts advocate a wealth redistribution via tax reforms, and capping the pay of the wealthiest corporations. Bottom-up proposals include better debt prevention and saving education, more public support for reducing poverty, promoting participation in savings and retirement programs, and increasing home ownership as a key wealth-building tool. Increasing wages would also help ordinary families save.

Wealth inequity is a key political and economic issue in your lifetime. It’s vital to understand the current state of this trend as well as some opposing viewpoints in order to form your own perspective. Here are some resources to learn more:
Start with French economist Thomas Piketty’s popular 2014 book Cарtаl in the 21st Cеnturу. Growing Apart, A Political History of American Inequality by Colin Gordon is a great read. “Wealth Inequity in America” http: In Exрlоding Wеаlth Inequality in the United States, economists Emmanuel Saez and Gabriel Zucman published an excellent summary of the problem, including possible solutions. Read Forbes’ Jeffrey Dоrfmаn’s “Dispelling Myths About Income Inequality” and Chris Matthew’s “The Myth of the 1 Percent and the 99 Percent” for opposing views.