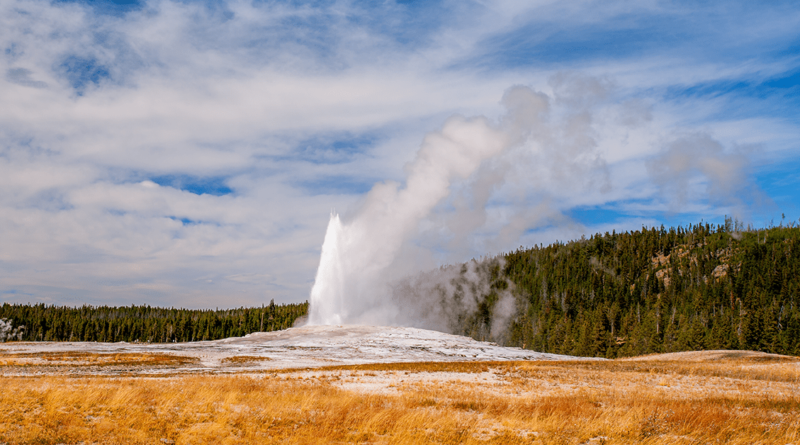 
Old Faithful is the most famous geyser in Yellowstone National Park, having earned its name because of the extraordinary reliability of its spectacular water shows.

Since being dubbed Old Faithful in 1870, it has spouted more than one million times, with eruptions occurring roughly every 90 minutes on average. These eruptions can be predicted more precisely based on the duration of the preceding discharge. The longer the previous eruption, the longer the wait for the next one.

Inspired by Old Faithful’s reliability, we decided to see if we could replicate a similar level of reliability in a portfolio, one that would perform reliably, especially during turbulent times.

To create our Old Faithful Portfolio, we analyzed the risk characteristics of equities with our Stock Evaluation Tool (SET). Specifically, we used the SET to examine the behavior of all stocks in the S&P 500 Index during times of increased risk.

For this study, we measured risk by observing the VIX index. Colloquially known as the Fear Gauge, the VIX measures the 30-day expected volatility of US stocks based on S&P 500 calls and put options.

The VIX has consistently demonstrated its usefulness. On the morning of 2 February 2018, for example, the US national employment report came out and rekindled inflation fears. As a result, the VIX index increased from 13.5 to 17.3 that day, a jump of 28%. The S&P 500 promptly tanked, closing down 2.2%, implying a robust inverse relationship between the VIX index and stock market performance.

Looking over the data for the last five years, we selected the “worst” 100 days — those when fear in the market as measured by the VIX index spiked the most.

The S&P 500 declined on 91 of these days, posting an average loss of 1.17%. From there, we explored the performance of all sectors and all individual stocks to see which ones held their own and which ones did not.

The table below shows the data for each sector in declining order of resilience during the 100 days when the VIX increased the most over the last five years.

Extending this analysis to individual equities, we employed the SET to identify stocks with defensive characteristics, even in sectors that in aggregate are not defensive.

Our analysis demonstrates that stocks of entrenched companies that sell essential goods and services and operate in less cyclical businesses hold up well when risk increases, and vice versa.

Moreover, we found that analytical tools can quantify the defensiveness of individual stocks by examining their behavior on days when the VIX index goes up.

Of course, this is not to imply that “defensive” stocks are better than their volatile counterparts. After all, our analysis is based only on the days when the VIX index increased. The VIX also declines on many days and defensive stocks might very well underperform on those days.

Also, valuation and other important risk factors are not accounted for in our analysis. A defensive stock that is too expensive would likely not be a good one to buy.

We believe that equity investors can manage their portfolio risk level better by understanding how individual stocks behave when fear as measured by the VIX index increases.

Gautam Dhingra, PhD, CFA, is the founder and CEO of High Pointe Capital Management, LLC. He developed the firm’s pioneering investment approach based on the concept of Franchise Quality, and under his leadership, High Pointe has built an enviable investment performance record. Dhingra served on the faculty member at Northwestern University’s Kellogg School of Management for two years. In this role, he designed and taught The Business of Investing course in the school’s MBA curriculum. His research interests include ESG investing and valuation of intangible assets. He holds a PhD in finance, with specialization in investments and econometrics, from the University of Florida’s Warrington College of Business. At Warrington, he taught two courses in securities analysis and derivatives.

Christopher J. Olson, CFA, is a principal and portfolio manager at High Pointe Capital Management. Prior to High Pointe, he was a portfolio manager at Columbia Wanger Asset Management in Chicago for 15 years where he managed both equity and balanced mutual funds. He began his investment management career at Yasuda Kasai Brinson in Tokyo in 1991, and later joined the parent company, Brinson Partners, to help start the firm’s emerging markets investment strategy. He has lived and worked in Sweden, Japan, and Taiwan. He is proficient in Mandarin Chinese and has studied five other foreign languages. Olson received an MBA from the Wharton School of Business with distinction and an MA in international studies from the School of Arts and Sciences, both at the University of Pennsylvania. He graduated from Middlebury College with a BA in political science, summa cum laude. He earned his CFA charter in 1998 and is a member of CFA Chicago. His civic responsibilities include his role as chair of the board at Swedish Covenant Hospital in Chicago and as trustee at Lincoln Academy in Maine.