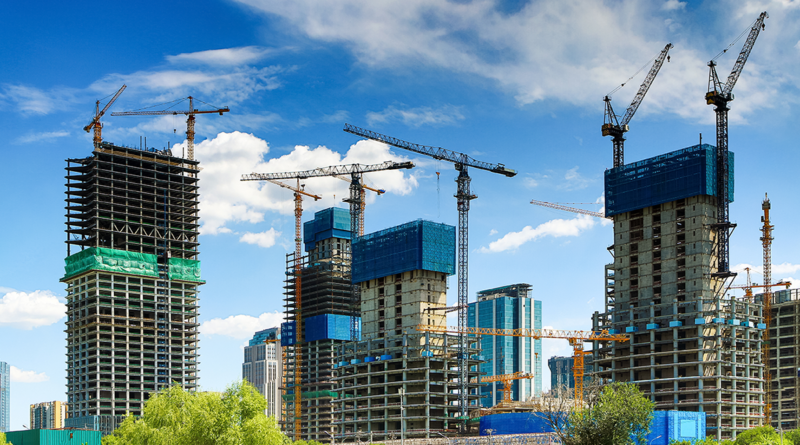 Private real estate funds generally fall into one of three categories. Based on increasing levels of risk and, accordingly, expected returns, a fund’s strategy is designated core, value-added, or opportunistic.

But is this categorization system accurate? Are the realized net-of-fees returns by strategy commensurate with the associated risks?

To answer that, we examined the risk-adjusted performance of all three categories of private real estate funds and found that investors are paying approximately $7.5 billion in fees annually that are economically unwarranted.

The chart below illustrates the nature of the data sets we employed.

The risk/return performance of each strategy, before and after fees, from 2000 to 2017, is summarized in the following chart. To improve tractability, we created composite indices from the underlying data sets for the value-added and opportunistic strategies.

To understand the volatility of value-added and opportunistic returns, it’s important to realize that the standard deviation of net returns understates the potential capital risk to the investor. Why? Because the promoted (or carried) interest paid to the fund manager reduces the upside of the investor’s net return but does not affect the downside risk.

Therefore, the volatility of the gross return better captures the risk of capital loss.

To assess the risk-adjusted, net-of-fees returns of non-core, or high-risk/high-return funds, we simply applied additional leverage to the returns of core funds.

This levering up creates a risk/return continuum by which we can assess risk-adjusted, net-of-fee performance of non-core funds through the volatility of gross returns. (We estimate the cost of debt to increase with the leverage ratio and, consequently, the risk/return is curvilinear.)

Estimating the leverage ratio of core funds needed to replicate the net-of-fee returns of value-added and opportunistic funds provides another perspective on the underperformance of non-core funds. As the subsequent graphic shows, investors could have realized identical returns to the composite of value-added funds by leveraging their core funds to less than 35%. (Actual core funds were leveraged less than 25%.)

Had they followed this approach, investors would have experienced less volatility — approximately 650 bps less per year — than had they invested in value-added funds. Moreover, investors could have realized identical returns to the composite of opportunistic funds by leveraging their core funds to less than 50%. That would have meant less volatility — about 700 bps less — than had they invested in opportunistic funds.

The global financial crisis (GFC) devastated the real estate market and non-core properties and funds, in particular. To determine whether the once-in-a-generation event disproportionately tainted these study-long estimates of alpha (–3.26% for value-added and –2.85% for opportunistic funds), we have to analyze performance over different holding periods

The following two charts apply the same methodology to estimate alphas, by strategy, over any subperiod greater than five years. The first displays subperiod alphas for the value-added composite.

What did we find? Every subperiod produced a negative alpha — including the holding periods that concluded before the GFC, when non-core funds would have presumably outperformed core funds.

The last graphic shows the identical analysis for the composite of opportunistic funds. The results are very similar to value-added funds, with substantial underperformance before and after the GFC.

Clearly, the GFC did not disproportionately taint our study-long estimates of alpha, with measures of –3.26% for value-added and –2.85% for opportunistic funds. Instead, these negative alphas displayed considerable persistence across many time periods.

Significant and persistent underperformance by non-core strategies begs the question, Why do so many institutional investors allocate their real estate capital to them?

Our study takes a novel approach to non-core fund performance. Perhaps institutional investors are unaware of these outcomes. Or maybe they’ve dismissed this underperformance as merely a run of bad luck.

Alternatively, institutional investors could (irrationally) create mental accounts for core, value-added, and opportunistic “buckets” — effectively walling them off from one another. Or maybe leverage has something to do with it: Unable or unwilling to apply it, certain investors instead seek higher returns through higher-risk assets.

Another possibility: Maybe public sector pension funds have increased their allocations to non-core investments in response to deteriorating funding ratios.

What Can Be Done?

Whatever the reasons, for investors, this underperformance has a steep price.

All told, the size of the value-added and opportunistic markets and their underperformance adds up to approximately $7.5 billion per year in unnecessary fees. By investing in core funds with more leverage, investors could have avoided them.

So what can be done to minimize the risk of such underperformance going forward?

All posts are the opinion of the author(s). As such, they should not be construed as investment advice, nor do the opinions expressed necessarily reflect the views of CFA Institute or the author’s employer. 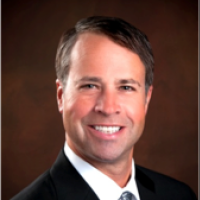 Mitchell Bollinger, CFA, most recently was the head of research at Courtland Partners, a real asset consulting firm located in Cleveland, Ohio, with $65B in assets under advisement. While he was at Courtland, Bollinger’s client was Vanguard for whom he wrote and presented a report which detailed the relationship between traded real estate investment trusts (REITs) and non-traded real estate in terms of how to consider private real estate in a diversified portfolio of traded assets, how to measure the risk and risk adjusted returns of private real estate in comparison to traded REITs, and suggested a private real estate fund structure that likely would complement a portfolio of traded assets for Vanguard clients. Prior to Courtland, Bollinger founded a firm that managed a fund which invested in traded REITs based upon his proprietary research. He was previously an asset manager for KBS Realty Advisors in Atlanta for five years where he oversaw a portfolio that averaged 15 properties and had an aggregate value of over $1B for five years. After graduate school, Bollinger worked in the CMBS industry in New York City where his clients included Merrill Lynch and Bear Stearns. Bollinger holds a BS in industrial engineering from Virginia Tech and an MBA from Vanderbilt University. He is both a CFA charterholder and a CAIA charterholder. 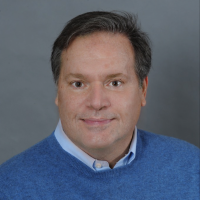 Joseph L. Pagliari Jr., PhD, CPA, CFA, focuses his research and teaching efforts — based on over 35 years of industry experience — on issues broadly surrounding real estate investment, attempting to answer important questions from a rigorous theoretical and empirical perspective. These issues include: the risk-adjusted performance of core and non-core funds, principal/agent issues in incentive fees, a comparison of REITs and private real estate, real estate’s pricing and return-generating process, real estate’s role in a mixed-asset portfolio, the strategic uses of leverage, etc. And, accordingly, he has authored (or co-authored) numerous papers on a variety of these topics, including: “An Overview of Fee Structures in Real Estate Funds and Their Implications for Investors” published (as a special research project) by the Pension Real Estate Association, “The Pricing of Non-Core Real Estate Ventures” published in The Journal of Portfolio Management; “Public versus Private Real Estate Equities: A More Refined, Long-term Comparison” published in Real Estate Economics; “Public v. Private Real Estate Equities: A Risk/Return Comparison” published in the Journal of Portfolio Management; and “Twenty Years of the NCREIF Property Index” published in Real Estate Economics. He has also co- authored several chapters in the Handbook of Real Estate Portfolio Management, of which, he is also the editor. He has presented these papers and thoughts on other topics at a variety of industry events (including ARES, AREUEA, NCREIF, NAREIM, PREA and ULI) as well as the Federal Reserve Bank of Atlanta and testimony before a subcommittee of the House of Representatives. His views on these and other topics have also been published in the popular press, including Barron’s and The Wall Street Journal. Pagliari is board member of the Real Estate Research Institute (RERI) and a former board member of the Real Estate Information Standards (REIS). He is also a member of numerous academic and professional associations including the American Real Estate Society (ARES), the American Real Estate and Urban Economics Association (AREUEA), the Homer Hoyt Institute (where he is a Hoyt Fellow), the National Association of Real Estate Trusts (NAREIT), the National Council of Real Estate Investment Fiduciaries (NCREIF), the Pension Real Estate Association (PREA) and the Urban Land Institute (ULI). Pagliari was also the 2015 winner of PREA’s James A Graaskamp Award (which recognizes those who have, through significant research, contributed practical insights to the common body of knowledge). Pagliari earned a bachelor’s degree in finance from the University of Illinois-Urbana in 1979. He earned an MBA from DePaul University-Chicago in 1982 and a PhD in finance from the University of Illinois-Urbana in 2002. His interests include sports of most every kind — some of which he still plays.