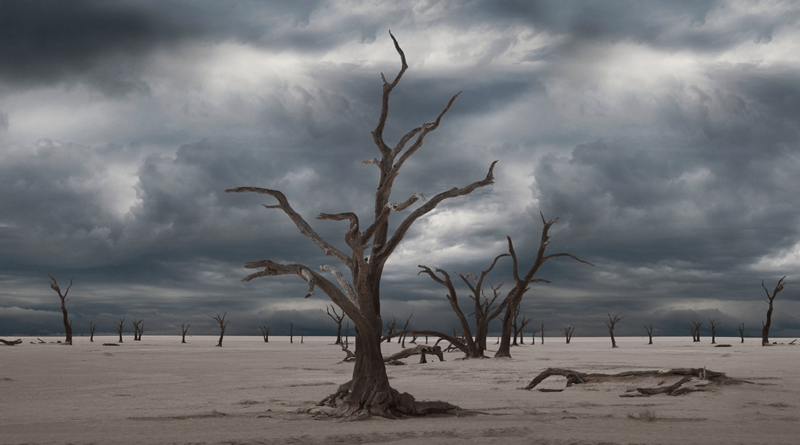 
It is not uncommon for the word “absurd” or its derivatives to accompany discussions of negative nominal interest rates. A healthy proportion of financial opinion makers describe the phenomenon as a fundamental violation of the first principles of finance. Not that a financial background is required to conclude as much. Explaining the concept to the layperson produces a raised eyebrow and crinkled forehead: It just does not feel right.

Nevertheless, this author does not think it precisely right to say that negative rates are absurd. In and of themselves, upside-down rates — almost exclusively restricted to the sovereign bonds space — do make sense. They reveal the high cost of staying solvent — a cost borne by the financial institutions that purchase these securities.

The modern monetary system operates on credit. But after the financial peripeteia of 2007–2008, extending credit on an unsecured basis became inconceivable. Therefore, the post-2008 monetary order funds the global machinery of international commerce and investment almost exclusively on a collateralized basis. Secured funding only.

But here is the problem: There is not enough collateral. So financial institutions will pay “anything” for it, including “guaranteed” losses on sovereign debt, assuming the government obligation is held to maturity, which it is not. These negative-yielding bonds are not investments but balance-sheet management tools.

Think of the Phillips-head screwdriver in your toolbox. You do not keep it for its intrinsic value in steel, nickel, and chromium. In the same way, financial institutions do not own negative-yielding nominal bonds for the future cash flows. The bonds, like the screwdriver, are held for what they can do. The bond serves as collateral for a short-term loan to tide over the bank because, by the very nature of the business, there is a timing mismatch between liabilities (e.g., short-term cash withdrawals) and assets (e.g., long-term mortgages).

‘Tis just having been the season, the example of It’s a Wonderful Life should lend itself to your analyst’s mind. George and Mary Bailey sacrificed their honeymoon savings on an unsecured basis to keep Bailey Bros. Building & Loan Association solvent until the bank run panic ended. But outside of their town of Bedford Falls and after 2008, banks need to put up collateral to access honeymoon savings — or any other kind of short-term funding. They do so to meet obligations and regulatory requirements without being forced to sell their long-term investments.

Thus, the hamartia is exposed. A global monetary order, organized over the course of five decades around access to unsecured, interbank short-term funding, is now obliged to secure its funding. At the same time, the expectations of politicians, monetary technocrats, and the public are unchanged. The whole creaking locomotive is all supposed to puff along as it always has.

It is an open question as to whether there was enough collateral for the world economy to function at the exalted levels it had achieved on a collateralized basis before 2008. But it’s clear in early 2020 that the gap has only widened.

It’s been a dozen years of one form of collateral after another being demonetized (mortgage-backed securities in 2007–2008), nearly repudiated (sovereign bonds of Europe’s Mediterranean-rim countries in 2011–2012), or heavily discounted (emerging market bonds and currencies in 2014–2016). As the Financial Times reported:

“According to research by Oxford Economics, the resultant global shortage of these safe assets is going to get worse. The consultancy calculates that the supply of these assets will grow by $1.7tn annually over the coming five years — with a $1.2tn issuance of bonds to fund the US budget deficit the largest driver. But demand for these assets is estimated to grow more rapidly, creating a $400bn annual shortfall . . . ‘The largest buyers are relatively price-insensitive and will continue to accept low returns in exchange for safety,’ said Michiel Tukker, global macro strategist at Oxford Economics.”

And, of course, all of this was financialization and not the “real” thing. True collateral is created from economic progress, rule of law, human advancement, and national development in the present and expectations of it in the future. These beautiful concepts are hard to come by during an economic depression.

The one we’re living through right now. Mervyn King, the former governor of the Bank of England, said as much in his 2019 Per Jacobsson Lecture at the International Monetary Fund (IMF)’s annual meeting. Though he avoided the “D word.” Here is how he put it in a column for Bloomberg:

It is no wonder then that those who have access to the most liquid, fluid, and important collateral are hoarding it like the past holiday season’s most popular children’s toy. Except that in this sempiternal season, “It is always winter, never Christmas,” to quote C. S. Lewis.

Weltschmerz-suffering readers are encouraged to follow this author’s lead and drown your sorrows in leftover seasonal mulled wine. Perhaps in this more contemplative state, you will notice that by rearranging the letters of “depression,” a solution to the problem is revealed: “I pressed on.”

Emil Kalinowski, CFA, is employed in the metals and mining industry writing about how socioeconomic and geopolitical trends affect the supply, demand, and price of base and precious metals. His present focus is on the 2007 malfunction of the monetary system and its continuing disorder. Presently living in the Cayman Islands, he is also radio talk show host (@MoneySenseRadio) and newspaper contributor (@cayCompass) but ratings and letters to the editor suggest he’s probably going to have to keep his regular job. When he’s not attending Flight of the Conchords performances, you can find him on Twitter @EmilKalinowski.