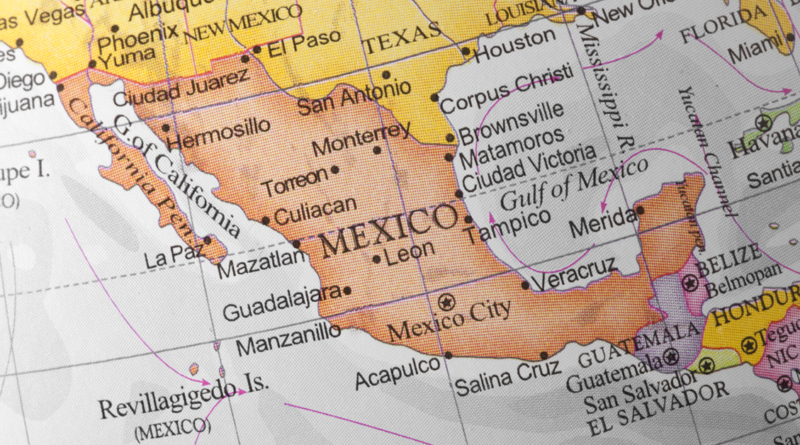 The 2018 CFA Institute Latin America Investment Conference will be held in Rio de Janeiro on 1–2 March. This practitioner-oriented educational conference will focus on Latin American economies and capital markets, as well as global issues relevant to investors worldwide.

Latin American markets are changing economically and politically. Recently, Jorge Castañeda suggested that Latin America is at a turning point: Democracy is taking root, corruption is being punished, stifling business regulations are being reduced, and, of course, the region largely remains rich in natural resources. Of course, there are still significant challenges.

NAFTA may be at risk, many markets are still far from free, corruption is common, and rates of violence remain substantially higher than in developed markets. For more insight into these matters, I decided to dig a bit beneath the surface and talk with insiders. In this interview, I spoke one-on-one with Jaime Lazaro, CFA, CEO of BBVA Asset Management in Mexico City, to get his perspective on the evolution of capital markets in Mexico.

CFA Institute: For context, please tell us about your past work history. How long have you worked in the markets in Mexico? What sort of roles have you held? What do you do now?

Jaime Lazaro, CFA: I’ve been involved in markets here for 22 years and my entire career has been at BBVA Bancomer in Mexico City. I started as private banker, then moved to the asset management division in 2003. Once in asset management, I managed portfolios working with both equities and fixed income until 2006. Over time, I’ve held a variety of department leadership positions including head of Fixed Income Mutual Funds, Chief Investment Officer and, ultimately, CEO of Asset Management where I remain today. We manage US$33 billion. On the Fixed Income side, we employ three basic strategies: duration, yield curve and credit. On the equity side, we employ a more fundamental, value-oriented approach.

As an observer and investor in Mexico, how would you describe the changes you have seen in the Mexican economy over the course of your career?

The Mexican economy has changed a lot over the years. It used to be a closed economy. However, the country has slowly been liberalizing its markets over time. In 1994, Mexico signed the North American Free Trade Agreement (NAFTA) with the United States and Canada which was a significant event for the country, and we have signed many free trade agreements since. Historically, Mexico used to be governed by only one party (the Institutional Revolutionary Party) which ruled the country for some 70 years. Today, the country is becoming more open as reflected by a number of competing political parties. The Bank of Mexico (Central Bank) gained autonomy maybe 20 to 25 years ago. Slowly but surely, the country is becoming more open, which has led to an evolution of its financial markets, including a free-floating currency as of 1995 and a build-up of international reserves to $173 billion.

Have these changes in the economy translated into the financial markets?

In terms of financial markets, Mexican markets have become much more efficient and liquid, leading to a much greater range of opportunities. Historically, the Mexican government used to issue bonds up to one year in maturity, but now issues up to 30 years. Foreign ownership of Mexican bonds has grown substantially too. In fact, the number one holder of peso-denominated bonds are foreigners, showing the broader appeal of Mexico. On the downside, the Bolsa exchange has not grown nearly enough, but many local companies have found a receptive audience by listing their securities in the US. Nevertheless, there is not a lot of liquidity in Mexican corporates. In terms of investment professionals, there has been dramatic improvement in the caliber and training of personnel over time. Portfolio managers with advanced degrees and CFAs who are skilled in advanced models and math and processes are becoming more routine.

Last time we spoke, I know you mentioned the Mexican market has strong interest in multi-asset strategies. Can you elaborate on where that interest is coming from? Why?

The interest in multi-asset strategies is primarily being driven by private banking, which is looking at easy ways to achieve diversification for clients. When looking at Mexico, it is important to consider the cultural framework for investing that emerged from its unique history. Prior to the last 20 years, Mexico had very high levels of interest rates. Between 1980 and 2000 the average short-term interest rate was nearly 48% to 50%. In 1995, government bills were paying 100%. Rates were way too high and the country was saddled with lots of inflation. Consequently, that generation of investors learned to invest by renewing short-term government bonds because they paid a lot. The concept of diversification and equity and international investments was not in fashion. Interest in investing was further harmed by the so-called Tequila Crisis in 1994. This concept of diversifying portfolios has only gained traction in the last few years. The present low nominal interest rate environment has created the incentive for Mexicans to look for better returns elsewhere. Also, enough time has passed where a new generation of investors who have not experienced the crises and high interest rates of previous eras has emerged. Recent stability in markets has also increased confidence. This broad investor confidence bolstered moves by the exchanges to list foreign stocks (e.g. AAPL) locally. Twenty-five years ago, there simply were no foreign stocks listed in Mexico and nobody talked about international diversification because it simply wasn’t possible. This combination of events has led to a more profound and liquid market.

What asset classes are typically included in multi-asset strategies in Mexico?

At our firm, for instance, we offer two families of multi-asset strategy products. In the first family, about 70% is peso-denominated fixed-income products and the remainder is “hard currency,” or developed markets, invested in US, European, and international funds. In the second family, the product is 100% hard currency, which includes US fixed-income, European fixed-income, Asian securities, and absolute return products from Luxembourg. Within each of these families, we offer three product strategies of capital preservation, income, or growth. While different firms offer unique solutions, the basic objectives are similar.

With so few publicly traded companies in Mexico, is there an increased emphasis on private equity (PE) portfolios? Where does that fit into asset allocation strategies?

There are maybe 100 liquid stocks in the Mexican market, many more are illiquid. Some stocks trade by auction. Private equity is not a relevant asset — [you] have to do that over the counter — not through a pure asset manager. Many investors don’t have enough money to go into private equity. PE is only for very rich people . . . [It’s] one section of market which should evolve in future.

Derivative usage is rising sharply in Mexico. Can you elaborate on what is driving that and what might the pros and cons be of rapid derivative growth?

The development of the derivatives market helps investors cover positions and protect them from extreme events using listed derivatives and structured products. We are now starting to trade on Chicago Mercantile Exchange. For example, in the last peso appreciation, we had out-of-money put options that gave us a lot of protection for the international portion of our portfolios . . . not necessarily for black swans, but maybe for grey swans. We are doing spreads on yield curves, in some cases gaining fixed-income exposure through derivatives. All of these activities require expertise, of course — if these strategies are not done by experienced people with correct oversight and risk models, this could be an issue . . . Nevertheless, we feel comfortable with our capabilities . . . and this would not have been possible just a few short years ago.

Okay, Jaime, thank you so much for your time, and I look forward to chatting again in the future!

Ron Rimkus, CFA, was Director of Economics & Alternative Assets at CFA Institute, where he wrote about economics, monetary policy, currencies, global macro, behavioral finance, fixed income and alternative investments, such as gold and bitcoin (among other things). Previously, he served as SVP and Director of Large-cap Equity Products for BB&T Asset Management, where he led a team of research analysts, 300 regional portfolio managers, client service specialists, and marketing staff. He also served as a Senior Vice President and Lead Portfolio Manager of large-cap equity products at Mesirow Financial. Rimkus earned a BA degree in economics from Brown University and his MBA from the Anderson School of Management at UCLA. Topical Expertise: Alternative Investments · Economics