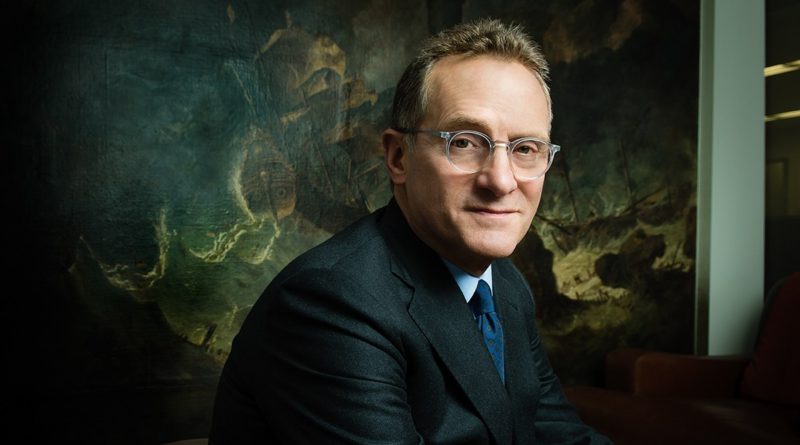 Howard Marks, CFA, will be presenting at the 73rd CFA Institute Annual Conference, which will be held 17–20 May 2019 in Atlanta.

What are two of the most important things an investor needs to do to succeed?

Manage risk and understand where we are in the market cycle, says legendary investor Howard Marks, CFA.

He should know. Marks is co-chair and co-founder of Oaktree Capital Management, an investment firm with more than $120 billion in assets. Over his five decades in the industry, he has earned a reputation as one of the world’s most prominent value investors.

His latest book, Mastering the Market Cycle, explores the subject of cycles. As Jason Zweig observed in his Wall Street Journal review, “Mr. Marks admits his book is a kind of tug of war between his certainty that ‘we don’t know what the future holds’ and his belief that ‘we can identify where the market stands in its cycle.’”

“We never know what’s going to happen in the markets,” Marks told the audience at CFA Society Portland’s Annual Investment Strategy Dinner. “We never can be sure of an outcome, but I think we can get the odds on our side by understanding where we are in the cycle.”

Marks believes the job of the professional investor is risk management. “It’s easy to make money in the market. It’s especially easy to make money when the market does well and the market does well most of the time,” he said. “Making more money than average is not necessarily a distinguishing characteristic because some people do it merely by taking on more risk than average. The measure of a great professional is making money with the risk under control.”

Marks may have a view on where we are in the market cycle, just don’t ask for his macro forecast.

“I don’t believe in macro forecasts,” he said. “It is one of the views that I hold most strongly.”

Marks said billionaire investor Warren Buffett told him that for a piece of information to be desirable, it has to satisfy two criteria: It has to be important, and it has to be knowable.

“The macro is certainly important,” Marks said. “The macro drives the markets these days and does so to a much greater extent than ever in the past, and so yes, important. But in my opinion, not knowable.”

“I don’t think anybody can consistently know the economy, interest rates, currencies, and the direction of the markets better than anybody else. So I swear off forecasting, and one of the elements in Oaktree’s investment philosophy is that we do not base our investments on macro forecasts. That doesn’t mean we’re indifferent to the macro, and our approach is, rather than depend on forecasts of the future, we depend on reading the present. I believe one of the greatest predictors of what the market’s going to do, or influences on what the market’s going to do, is where it stands in the various cycles, and if we can have an idea when the market is at an extreme position, I believe that can help us increase or decrease our aggressiveness or defensiveness in a timely fashion.”

All well and good. But where are we in the current cycle?

Marks began by reminding the audience of some of his cautionary memos from the past two years, beginning in the summer of 2017. “I didn’t say get out,” he recalled. “I never say anything as flatly negative as get out. But I did say that I thought it was a time to move ahead with caution.” He gave three reasons: First, we’re in the advanced stages of an economic recovery. Second, the bull market. And third, in June 2017, stocks were selling at unusually high price-to-earnings ratios, he said, and bonds were selling at low yields and tight yield spreads. He explained:

“Private equity was taking place at high transaction multiples. Real estate was selling at low capitalization rates. So everything told us that on the quantitative side assets were expensive, and then I spent a lot of time looking at the qualitative side and the behavioral side. And I felt that the market was dominated by optimism and belief rather than skepticism and pessimism. So when you put together the quantitative measures of evaluation and the qualitative indicators of behavior, I thought that the results called for caution. Now, of course, a little bit of the bloom is off the rose.”

Marks, of course, is referring to the end-of-year sell-off.

“We’ve had something of a correction,” he said. “Some of the optimism has been trimmed. A year ago, nobody could think of anything that could go wrong. Now they can. These are actually healthy signs for a market, and obviously, by definition, we need a little less caution today than we did 12 months ago.”

Marks has a well-earned reputation for prescience and patience. A decade ago, he and his Oaktree partner Bruce Karsh made a hugely successful bet on distressed corporate debt during the financial crisis. While most asset managers suffered from investor withdrawals, Oaktree was raising money.

Suffice it to say, as moderator Allen Bond, CFA, put it, you need a strong stomach to put up with a lot of pain before a call materializes in your favor. At the very least, you need patience.

“How,” Bond asked, “have you been able to have that patience? Is it process? Is it personality? Is it people? What’s driven your success with that?”

“Patience is one of the most important things in our business,” Marks said. “And what I like to point out is that sometimes we have a sense for what’s going to happen. We never know when. Most of the important things that happen in our business . . . are primarily attributable to changes in psychology, not fundamentals . . . And psychology cannot be predicted and certainly cannot be timed.”

Marks’s memos have a cult following on Wall Street and beyond, and anyone whose read them knows he is fond of adages. And true to form, he pulled out one in response to Bond’s question.

And this is where patience comes in. “Patience and the ability to live through tough periods, until you are eventually proved right, is extremely important,” he said.

But if you are in a client-facing role, this is sometimes easier said than done. There aren’t too many clients who are unfazed by stomach-churning market gyrations. Patience (as an investor) goes hand-in-hand with client education.

“I was wise enough to early on condition my clients to expect me to be wrong . . . Client education, client preparation, the inculcation of reasonable expectations is one of the most important things we can do,” Marks said. “I always say the three most important words to me are ‘I don’t know.’ If a client asks me a question I don’t know the answer to, I tell them I don’t know the answer . . . We should prepare our clients for our own imperfection. If we do, we can get through tough periods.”

Marks reminded the audience how critical it is not to be dominated by emotions. “I think that the greatest investors I know, starting with Warren Buffett, are unemotional,” he said. “Most of the errors in our business are errors of emotion. Certainly, the consensus swings far too radically. We can do much better, but the starting point has to be that our emotions are under better control than those of the crowd.”

But what about the fear that, by admitting we don’t know an answer, we will sound less credible to clients? And perhaps the hardest question of all, how do we keep our emotions in check?

Marks reminded the audience of the quote, often mistakenly attributed to Mark Twain: “It ain’t what you don’t know that gets you into trouble. It’s what you know for sure that just ain’t so.”

“For some reason, that resonates with me, and I find it easier to admit what I don’t know than to persevere as if I did,” he said.

As for emotions, Marks said, it starts with the question of whether or not you accept that the big errors and the big swings in investing come from psychology or emotion, not from changes in fundamentals. If you do, then ask whether you accept the importance of being on the right side of that. Finally, do you accept that if you behave like everybody else, you clearly can’t perform better than the others?

Clearly the answer has to be yes.

“To outperform others, which is the goal in our business, you have to do something different, and I think the main difference comes in refusing to be part of the emotional swings,” Marks said. “Those of us who are able to resist, it’s not because we don’t feel those influences. It’s because we resist. You have to resist if you are going to outperform.”

And if you resist — and recognize and deal with risk and understand where we are in the cycle — chances are you’ll get the odds on your side.

This article is eligible for continuing education (CE) credit. Log in to the CE tracking tool to self-document these credits.

Lauren Foster is the former managing editor of Enterprising Investor and co-lead of CFA Institute’s Women in Investment Management initiative. Previously, she worked as a freelance writer for Barron’s and the Financial Times. Prior to her freelance work, Foster spent nearly a decade on staff at the FT as a reporter and editor based in the New York bureau. Foster holds a BA in political science from the University of Cape Town, and an MS in journalism from Columbia University.