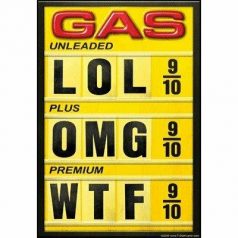 [Editor’s Note: Before we get to today’s post, we want to invite you to a free, live masterclass called The 3 Pillars to Physician Freedom that will be held this week only. This masterclass, hosted by WCI Network Jimmy Turner, is for any doctor who feels trapped in medicine or who is looking to get to financial independence sooner. If you want to learn how to practice medicine because you want to and not because you have to, click here to save your spot. Seats are limited.]

This rant started from reading an email sent to me by a doc several years out of residency whose medical school was paid for by the military looking for general financial advice. I was surprised to see that he still had a negative net worth. The main reason was that his family “owned” a year old car on which $30K was still owed and a brand new car on which $29K was owed. There was a little bit of educational debt, and some retirement and non-retirement savings, but the liabilities far outweighed the assets, despite several years of attending-level compensation and no medical school debt. As you might imagine, I recommended he spend less and save more, starting with his choice of automobiles. I had a similar conversation recently with a nurse who was leasing a car that was worth about her annual salary.

You Aren’t What You Drive

In the Millionaire Next Door, Stanley and Danko had an entire chapter entitled “You Aren’t What You Drive”. So what do rich people drive? They noted that only 23.5% of millionaires owned a car from the current model year. In fact, 55% of millionaires owned a car older than 2 years old. Half of doctors aren’t even millionaires. In fact, a large percentage of doctors in their 30s still have a negative net worth. If most millionaires don’t drive new cars, why should a doctor? Stanley and Danko write about what buying habits among used-car buyers reveal:

“What factors explain variation in wealth accumulation? Income is a factor. People with higher incomes are expected to have higher levels of wealth. But note again that members of this group of used-vehicle buyers have a significantly lower income than the average for the other groups of millionaires….Occupation is another factor. We have noted many times that entrepreneurs account for a disproportionately large share of the millionaires in America. Conversely, most of the other high-income-producing occupations contain disproportionately smaller portions of high-net worth types. These include physicians…dentists….attorneys….

But there are exceptions. For example, each of these non-entrepreneurial occupations is represented in the used vehicle-prone shopper group we are profiling. Used vehicle-prone shoppers are unique even among their millionaire cohorts. Note that, on average, they have the highest score values on all seven measures of frugality. Behind their frugal behavior is a strong set of beliefs. First, they believe in the benefits of being financially independent. Second, they believe that being frugal is the key to achieving independence. They inoculate themselves from heavy spending by constantly reminding themselves that many people who have high-status artifacts, such as expensive clothing, jewelry, cars, and pools, have little wealth.

Being frugal is a major reason members of the used vehicle-prone group are wealthy. Being frugal provides them with a dollar base to invest. In fact, they invest a significantly larger portion of their annual income than do any of the other types of vehicle buyers…the used vehicle-prone shopper group also contains the highest percentage of prodigious accumulators of wealth (those with a high net worth to income ratio). 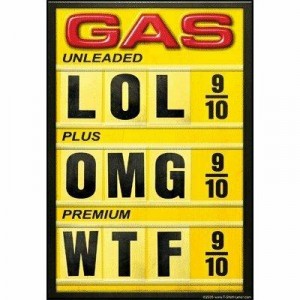 You can save a lot of money on automobiles in two ways.

New cars cost far more than it takes to maintain a used one.

#2 Drive an Old Car for a Long Time

Even a new car buyer can get a great value if they keep the car for 10 years. Older cars also save you money on insurance and taxes. They can even save you money on maintenance. Who needs to fix a broken electric window or fix a little dent on a car with 150K miles? But on your brand new one, you’re going to pony up some cash to keep everything working and looking sharp.

How Much Can You Save?

Consider this. Physician A buys a $60,000 car. He drives it for 3 years, then sells it for $25,000 and repeats the process. He will also pay more in sales taxes, registration fees, insurance, possibly maintenance, and most likely finance charges. I’d estimate his cost of car ownership at $10,000 per year, not counting gas.

Physician B buys a $5,000 car. He drives it until it dies in 5 or 10 years. Then he buys another one. He paid cash for it, didn’t fix any of the little things, and paid minimal registration fees and insurance (liability only). I’d estimate his cost of car ownership at $1,000 per year, again not counting gas.

After 30 years, what is the difference between spending $1,000 a year on transportation versus $10,000? Invest the difference at 8% and you’ll get a million dollars. Yes, you read that right. Is driving a new car worth $1 million to you? Most Americans retire with far less than $1 million. Multiply that by two, or even three cars, and you’ll quickly realize the sum of money available to the frugal driver.

The example might be a little extreme, but run your own numbers and see what you get. I’m convinced that many Americans are kept in the poorhouse simply because of their automobile choices. No consumption item, except a house, will make as much of a difference in your accumulation of wealth.

Now I realize full well that I’m a bit of an extremist on this subject. My parents have only bought two brand new cars in their entire life, and neither was bought during the 18 years I lived at home. I rode in beaters and I drove beaters, including a true Flintstone-Mobile due to a rusted-out floor. But they were able to raise 6 kids, retire a little early on a middle-class income, and even own a small floatplane (I did grow up in Alaska after all).

I learned early on that you’re not what you drive (although I confess that in high school I was jealous of those guys with the jacked-up little Toyota pick-ups). In fact, my “first car” was an old Geo Prizm my parents sold to me for $3K as a college senior. I was just happy to get an interest-free loan from them. Prior to that time I rode a bike or got a ride, so this was a huge upgrade.

My third car cost $8K. It was totaled after about 3 years and we got about $7K for it from the insurance company. Before it was wrecked we bought a second car for $1850, which was sold 4 years later for $1500. We took the insurance money from the totaled car and added it to our savings to buy the car we really wanted, which we bought 4 years old for $18,900.

When I got out of the military, I bought a car for $4,350 and drove it for 6 years before it died. When it died, we were rich, so we bought a brand new car. We’ve bought two other cars since then for our daughter to drive, the infamous $800 beater and when it died a year or two later, a $5,000 car that is going strong.

Initially, I thought I was just saving money now so I could drive whatever I want to drive later. After a few years of driving beaters, I’ve realized I no longer care what I drive around in as long as it runs well, is comfortable to sit in, and can carry what I need to carry and pull what I need to pull. I do like driving the $60K car better than the $5K car, but not 12 times better. I probably won’t buy any more cars that cost less than $10K for the adults in the house to drive. We simply no longer need to given that we’re already FI and are both still working (I’m still working two jobs). We basically stopped buying cheap used cars when we had no non-mortgage debt, had a good chunk of equity in the home, had started college savings for the kids, and had a portfolio on track to allow an early retirement. Can you say the same? Then what’s with the Lexus or Tesla you share with the bank in your driveway? I’d much rather have the ability to walk into a Lexus dealership and pay cash for a brand-new, top-of-the-line Lexus than actually have one in the driveway. 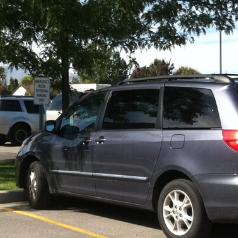 Do you drive a swag wagon? You’re not alone.

Some complain that they can’t drive an inexpensive used car because they need something reliable. I just don’t buy it. I haven’t commuted in a car with less than 100K miles….ever. I’ve had to get a jump once on a cold morning after a night shift. Replaced the battery that afternoon. When the $4,350 car died we had it towed to the mechanic (and then to the junkyard). Insurance paid for the tow. That’s it. Even if you add on the cost of a AAA membership, you’re still not going to get anywhere near the cost of driving new cars. Others worry about the cost of repairs on older vehicles. It’s a rare car repair (not a collision) that costs more than $1000-2000. Most are a few hundred dollars. It doesn’t take long to pay for that when you don’t have a $500 a month (or a $2,000 a month) car payment. Even if you insist on having one nice car for road trips and driving the kids around, you can still buy a cheap commuter as the other car and save thousands. Who says your car has to be as nice as your spouse’s?

=”2″ link=”YfWxL” via=”yes” nofollow=”yes”]Some complain that they can’t drive an inexpensive used car because they need something reliable.  I just don’t buy it.  I haven’t commuted in a car with less than 100K miles….ever.

Should I Buy a New or Used Car?

In the end, spend your money on what makes you happy. Do you need to drive $3K cars to be financially successful as a physician? Certainly not. But you do need to save and invest 20% of your income a year. If you can’t do that AND buy an expensive car then you’d best line up your habits with your true priorities. Just keep repeating “You aren’t what you drive….you aren’t what you drive” until you believe it.

What do you drive? Do you feel pressure to drive a certain type of vehicle just because you are a physician? Comment below!