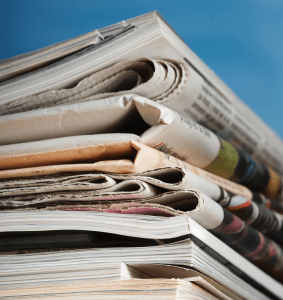 
Compared to their passive investing counterparts, proponents of active investing in India have been more vocal about their approach. Of course, I am not sure if anyone in India is ready to bet with Warren Buffett just yet — at least no one has offered. Globally, though, after many celebrated and forceful discussions, the debate is settled. At least for now.

Still, when it comes to such debates, all decision makers need to be mindful of us vs. them behavioral traps. It is easy to miss that both active and passive styles are part of a shared continuum. Both present a staircase of opportunities for investors to build wealth. Though active styles created the original halo around investing, lower-cost passive strategies have done more to open investing’s hallowed precincts to the public at large. In India, passive investing is just getting started, but compared to the country’s active management space, it has high growth.

Evidence of passive equity outperformance in India is not as strong as in other emerging markets. The logic and math, however, are irrefutable: Active investing is a zero-sum game. The index is just a demarcating average — a safer investing boundary between the winners and the losers. Fund management in emerging markets just hasn’t been around long enough to separate the “Berkshires” from the rest of the pack. It doesn’t help that the efficient frontier is flatter in emerging markets. While there are no clear answers, the momentum in India is moving away from active. With the emphasis shifting to cost-adjusted returns, experts think that passive indexing in India will continue to increase. Indeed, passive investing’s ongoing embrace by such large asset owners as the government-backed pension fund has further propelled its growth.

Many drivers of passive fund growth in the developed world have yet to emerge in India. For instance, investment advisers as a group have not been as visible and empowered in India. This became clearer to me during a webinar on exchange-traded funds (ETFs) that I moderated this week. The webinar covered ETF basics as well as the government of India’s latest ETF initiative — Bharat 22 — a government-backed ETF. Unsurprisingly, the bulk of the questions I received came from investment advisers and focused on understanding the dynamics of ETFs, not on investment decision making.

Investing will always have its stars. Analysts and fund managers — the kings and queens of investing — ultimately define passive benchmarks. Constructing Maginot Lines around these benchmarks is counterproductive. Decision making influenced by both raging and aging bull objections to ETFs, with a view on timing, is risky too. Clifford Asness highlighted the danger of this siren song temptation some time back — a concept that echoes Benjamin’s Graham’s teachings on timing in The Intelligent Investor.

Here are a few links and resources I came across in the last few weeks. I hope you find them interesting. Happy Weekend.

Shreenivas Kunte, CFA, CIPM, is director of content at CFA Institute, where he contributes financial market insights about India and the developed world. Previously, he taught at and managed SP Jain’s Trade and Applied Research lab, which he helped found. Kunte also served as a country trading strategist at Citigroup’s Tokyo office. He actively contributes to the development sector in India and is an external research scholar at the Indian Institute of Technology Bombay.

Beyond the easier to understand, important codes of conduct, “Ethics” for me is awareness; an endeavor for right thought and action.