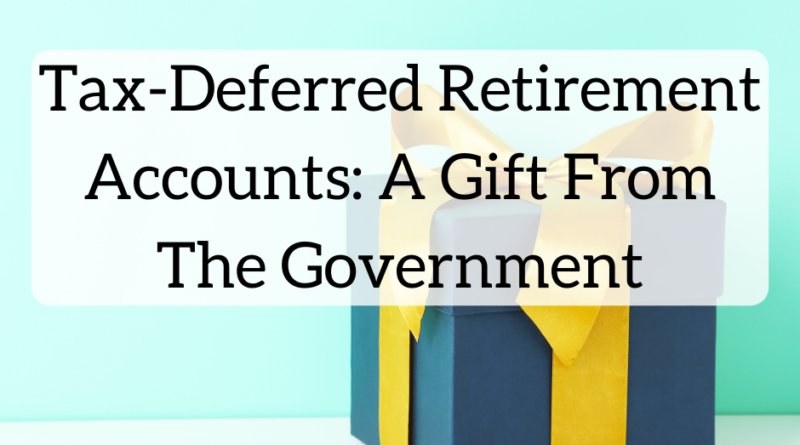 
[Editor’s Note: This is a column I wrote back in 2016 for MDMag.com. It’s updated and hopefully new to most of you. It’s all about one of the best things the government has given the typical physician — tax-deferred retirement accounts. Not only is there an up-front tax-deduction, but you get tax-protected growth and if you’re like most docs, a big tax rate arbitrage at withdrawal. I’m always surprised to see how many doctors aren’t maxing these out due to inadequate savings or investing in a taxable account instead.]

Will a Doctor Benefit From Tax-Deferred Retirement Accounts?

Anybody with a reasonable understanding of math, the US tax code, and the typical earnings cycle of a physician can quickly see that one of the greatest gifts the government has ever given physicians is the ability to use tax-deferred retirement accounts. Despite this, there are many people out there that would try to convince you otherwise.

Sometimes these people have ulterior motives, wanting you to pull money out of your retirement accounts in order to purchase an investment or insurance product that will pay them a big commission. Others, including at least one prominent radio host, advocate that you always use a tax-free (Roth) account preferentially when available. Even well-meaning folks may cause you to worry unnecessarily about large required minimum distributions, investing fees, difficulties accessing money in retirement accounts prior to age 59 ½, and rising taxes.

However, the truth is that for most physicians, the very best place to invest their next dollar is inside a tax-deferred retirement account such as their employer’s 401(k), 403(b), defined benefit/cash balance plan, or a 457(b). And, for the self-employed physician, an individual 401(k) or cash balance plan.

The Difference Between Tax-Deferred and Tax-Free

When you contribute to a tax-deferred account you contribute pre-tax money, which then grows in a tax-protected manner until it is pulled out, at which time you owe taxes on the withdrawal at your ordinary income tax rate.

When you contribute to a tax-free account, you contribute post-tax money, which also grows in a tax-protected manner just like a tax-deferred account, but then can be withdrawn completely tax-free in retirement.

In order to understand why a tax-deferred retirement account is such a great deal, it is critical to understand the typical earnings cycle for a physician. A typical doctor has no significant income until her late 20s when she enters residency. Then, for a period of 3-6 years during training, she has a low income, which rises rapidly over the next 2-5 years to her peak income, usually by her late 30s or early 40s. Her income then remains high for 15-25 years before decreasing for a few years as she cuts back on work and then retires completely typically between ages 60 and 70. The vast majority of her retirement savings will come from earnings during the peak earnings years of her late 30s, 40s, and 50s, when she is in the highest tax brackets of her life.

So despite the fact that you would pay over four times as much in taxes on that tax-deferred money ($5,593 vs the original $1,200), you would end up with the exact same amount of money after-tax.

However, a physician will typically contribute money to her tax-deferred retirement accounts at a much higher tax rate than she will withdraw it at. A physician in her peak earning years is likely to see her marginal tax rate, including the PPACA associated taxes but not state taxes, in the 24-35% range. However, in retirement, particularly an early retirement before starting to collect Social Security, she will likely be able to pull some of that money out at 0%, 10%, 12%, and 22%, filling the brackets as she goes along.

Saving taxes at a 35% rate and then paying them later at around 12% is a winning strategy. Even if the tax brackets climb a bit, the fact that a large percentage of tax-deferred account withdrawals will be used to fill the brackets completely overwhelms the effect of the higher tax rates.

Even aside from the effect of filling the tax brackets, a retiree is likely to have, and need, a much lower income in retirement compared to her peak earnings years, even while maintaining the same lifestyle. As a retiree, she will have lower income taxes, no payroll taxes, no need to save for retirement or college, no child or work-related expenses, and hopefully no mortgage payment. Even if her health care and travel expenses go up, she is likely to find that she needs 50% or less of her pre-retirement income to maintain the same lifestyle.

This is a good thing since most doctors don’t save enough money and don’t invest their savings well enough to replace their entire pre-retirement income anyway. In fact, the less retirement savings you’ll have in retirement, the better deal a tax-deferred retirement account becomes. 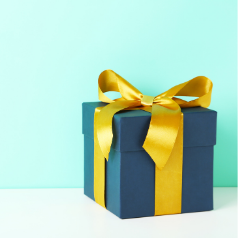 What About the 10% Penalty if I Plan to Retire Early?

There are exceptions for

Will the Required Minimum Distributions Push Me Into a Higher Tax Bracket?

Other investors worry that large required minimum distributions (RMD) after age 72 will push them into a higher tax bracket. While this is possible for a supersaver, it is a wonderful problem to have. The IRS mandates you withdraw a reasonable amount of your tax-deferred money each year, starting at about 4% at age 72 and climbing to about 9% at age 90.

For most people, they will need to withdraw this much or more to provide the income they need each year anyway. If you don’t need all of that money to live, it can be reinvested in a taxable account and left to your heirs income-tax-free due to the step-up in basis.

For the supersavers, the best solution to this problem IS NOT to avoid contributing to tax-deferred accounts, but to make Roth conversions of some of that money (enough to fill the lower brackets) during late-career and early retirement years. Again, a great problem to have.

Bear in mind that in order to have an RMD that by itself pushes a married couple into the highest tax bracket will require a tax-deferred account at age 70 of over $14 Million. That simply isn’t an issue for the vast majority of physicians. Even if a doctor contributed $50,000 a year for 30 years and earned an annualized 8% on it over that time period, she would have less than $6 Million and an RMD at age 70 of just $207,000, squarely in the middle of the 24% bracket for a married filer.

But My 401k Offers So Few Options

Some investors worry about the poor investment choices and high fees associated with some employer-provided tax-deferred accounts. This problem is rapidly correcting itself as employers are beginning to understand the fiduciary duty they have to their employees. Those who didn’t learn fast enough are now learning this lesson in court.

Even if your 401(k) is not ideal, the presence of a potential match and the likely opportunity to transfer it to a better 401(k), an individual 401(k), or even an IRA later still argues strongly to use it for your savings.

Even ignoring the likely difference in marginal tax rates between contribution and withdrawal, the tax-protected growth available in retirement accounts may add as much as 0.5% to your annual returns when compared to investing in a taxable account. Over the course of 50 years (including both earning years and retirement years), that difference can result in you having a 20% larger nest egg (and thus retirement income.)

Serious savers will take advantage of the Backdoor Roth IRA even during their peak earning years in addition to maxing out their tax-deferred accounts.

Of course, Roth conversions near career end and in early retirement can also make a lot of sense. But if you are in your peak earning years and have not yet maxed out your tax-deferred account contributions, that is clearly where you will see the most bang for your buck.

Get Your Tax Break While You Can

In addition, in most states, retirement accounts receive significant asset protection from your creditors. Even if you end up declaring bankruptcy due to the (admittedly minuscule) possibility of being sued for more than your insurance policy limits, you will probably still get to keep your retirement accounts.

Retirement accounts also provide for easy estate planning. Not only can you pass those assets to your heirs immediately outside of probate by designating beneficiaries, but the tax advantages can then be “stretched” for 10 years by your heirs themselves. For many doctors, leaving heirs a tax-deferred account instead of a tax-free account is a savvy tax move because the marginal tax rate for the heirs is lower than for the doctor.

Using a tax-deferred account for a charitable contribution at death and leaving the taxable account (with its step-up in basis) or, better yet, a stretchable tax-free account to the heirs can also be a smart move. But none of these options are available if you do not contribute to the tax-deferred account in the first place.

The tax code may change in the future. Perhaps a flat tax or a value-added tax will replace our income tax system. Perhaps there will be an additional tax placed on Roth IRAs. However, these concerns argue FOR using a tax-deferred account. Get your tax break now while you still can. Take the bird in the hand instead of the two in the bush.

In early career, a physician typically has a high income, a low net worth, a high tax bill, and significant liability concerns. Large contributions to tax-deferred retirement accounts are the perfect solution. Don’t say the government never did anything for you.

What do you think? Do you use tax-deferred retirement accounts? Why or why not? What do you consider the valid reasons to not max them out each year? Comment below!