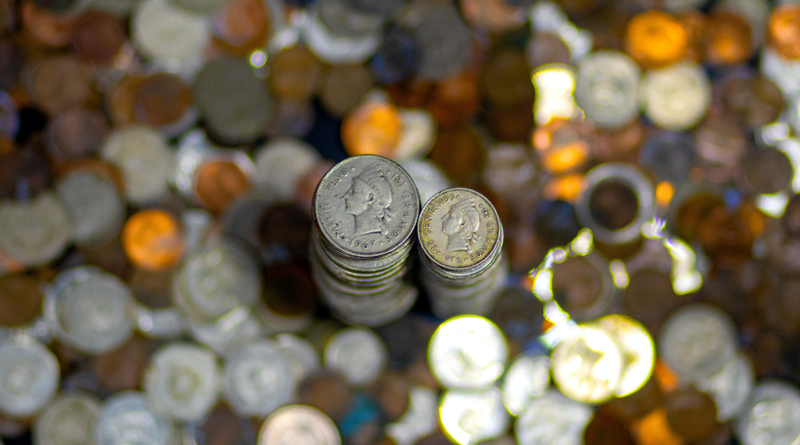 
Like it or not, companies are judged
by flawed standards.

GAAP sometimes misrepresents business
reality. Let’s use that fact to generate some alpha.

Revenue is recognized when a contract
between a business and a customer has been performed.

Here’s how it’s done according to FASB:

1. Identify the contract with a customer.

2. Identify the performance obligations (promises) in the contract.

4. Allocate the transaction price to the performance obligations in the contract.

5. Recognize revenue when (or as) the reporting organization satisfies a performance obligation.

There are several areas where GAAP
revenue recognition can hit a snag and you can find an opportunity.

In multiparty transactions, “revenue”
can mean gross revenue dollars in a transaction or a subset that is recognized
as one company’s net revenue. Your last $20 Uber ride probably generated $16 in
net revenue for the driver and $4 in net revenue for Uber.

Net revenue can get distorted when
multiple parties transact before an end customer receives a product. Imagine that a drug
manufacturer controls a distributor and the distributor increases
its orders in anticipation of end customer demand. These new orders puff up the
manufacturer’s net revenue numbers. But what if the end customer demand doesn’t
materialize? The manufacturer’s reported organic revenue growth might just be
pulling forward future revenue and stuffing it into the distribution channel.
These category definition games can present traps for growth investors and
potential alpha for shorts.

When performance criteria change,
reported revenue can become an unstable metric. For example, the same software
sale can result in different GAAP revenue numbers depending on whether it is
structured as a license or a subscription. Subscriptions show less GAAP revenue
early on but may reduce customer churn over time. Shrinking GAAP revenue is not
a good look in the public markets. That’s why the perpetual-license-to-SaaS
transition is a popular private equity play: You can take a company private to
change its accounting standard outside of the spotlight, then bring the company
public with freshly cleaned books and a new story. Companies that do make this
kind of transition while public, like Adobe, can present
meaningful alpha opportunities for investors who understand how the future
accounting will turn out.

Should it matter if a transaction is recognized on 31 December or 1 January?

Companies want to report strong
year-over-year growth for each period. Savvy customers wait until the end of a
quarter and then ask for a discount to book a transaction before the period
ends. It’s similar to buying a used car after Christmas from a salesperson who
is desperate to make their year-end quota. In bad scenarios, a company can get
caught pulling forward discounted demand every quarter just to chase last
year’s numbers. In the worst case, that company will run out of future demand
to pull and their sales pipeline will fall flat.

Private investors can look at what
I’ll call “the contract term structure.”

What you’d really like to see in GAAP
is annual contract value (ACV) and total contract value (TCV). ACV is the
amount of business currently under contract for that year — whether it’s
already recognized as revenue, invoiced but not performed, or contracted but
not yet invoiced. TCV includes contracts and invoices for future years. With
ACV and TCV, you could see revenue recognition within the context of the full
sales picture.

But any FASB proposal to add the contract
term structure to GAAP would meet with stiff resistance. School would be a lot
easier if you could grade your own homework. Imagine a high schooler’s
incentive to give their parents “strong guidance” for this semester’s report
card. Even the best students would want to keep their performance secret — why
let the competition know how you are doing? So the contract term structure will
likely stay hidden and, thus, be an excellent spot to hunt for opportunities.

The cash conversion cycle should be measured as a percentage and include deferred revenue.

The cash conversion cycle
(CCC) measures how long each dollar of working capital is invested in the
production and sales process of an average transaction.

The idea is to track working capital
efficiency from the cash paid to suppliers to the cash collected from customers.

The CCC is like a mini return on
equity (ROE). Each driver can be improved in order to increase the return on
working capital. But unfortunately, there are two flaws with the current CCC
metric.

The first problem is that the CCC is
calculated in days. What we’re really measuring is capital efficiency over a
period of time, usually a year. That’s a ratio. Nobody calculates ratios in
days. We should measure the CCC as a percentage.

The second and more critical problem
is that a term is missing. The CCC currently includes accounts receivable (cash
owed by customers), accounts payable (cash owed to suppliers), and inventory
(cash paid in advance to suppliers).

What’s missing is current deferred
revenue (cash collected in advance from customers). It’s easy to see the CCC’s
oversight when we look at the other working capital line items related to
customers and suppliers:

The Cash Conversion Cycle Should Include Deferred Revenue

Updating the CCC makes it easier to
identify capital-light businesses.

Businesses that collect cash from
their customers ahead of contract performance (deferred revenue) can be highly
cash-efficient. But if the CCC excludes deferred revenue, then investors might
overlook that these businesses can expand at GAAP net income losses without
dilutive equity raises. This omission may explain why SaaS and consumer
subscription businesses were misvalued five years ago. If you can find the
parallel today, you’d be like the public SaaS investors of 2016, well ahead of
the curve.

The updated CCC also makes it easier
to flag the dreaded SaaS death spiral. Quickly growing
companies can be quite fragile when they depend on deferred revenue to meet
ongoing cash needs. If their GAAP revenue growth peters out, they may rapidly
find themselves in a cash shortfall. Bizarrely, these companies can show
excellent GAAP revenue numbers while teetering on the edge of bankruptcy. If
the CCC doesn’t include deferred revenue, you won’t be able to see the canary
in the coal mine.

This raises a problem for academic
finance because the keystone model for stock valuation is John Burr
Williams’ discounted cash flow (DCF) analysis. You might ask, if investors
can’t reliably measure free cash flow (FCF), how can they reliably discount and
value those cash flows? Good question.

Internally-developed intangible
assets are the danger area in today’s market. Most investors agree that we should
capitalize some portion of R&D and SG&A expenses, but no one is
sure how long these intangible assets will last. Google’s search engine should
endure in some form for decades to come; AskJeeves, not as likely. How can we
come up with a consistent rule to amortize the Google and AskJeeves engineering
efforts ex-ante?

To make matters worse, intangible
capex may be hidden in line items that aren’t included in FCF calculations. If
you look closely, a company’s acquired intangibles and financed leases might
just be capex in disguise. Properly accounting for internally developed
intangibles may be the most significant unsolved problem in GAAP.

Investors who focus on free cash flow
yield often analogize
equity dividends, rightly or wrongly, to bond coupons. But because
current FCF is chock full of these accrual assumptions, we can’t naively
project current FCF to estimate normalized FCF. Companies have a strong
incentive to pump that perceived equity coupon. That juiced FCF yield is akin
to a shaky bond with a high yield, also known as a fool’s yield.

The alpha opportunity is identifying
when normalized FCF will differ significantly from current FCF. Stocks where
the company needs to cut the equity yield — be it dividends, stock buybacks, or
debt payments — can be good shorts. Long opportunities can arise when a major
portion of current capex, R&D, or sales spend flips to an amortizable fixed
cost. The real difficulty is ensuring that the fixed asset you are betting on
isn’t about to become stranded — lest you end up backing AskJeeves instead of
Google.

Moving to the Balance Sheet

Here’s how the puzzle pieces begin to fit together for longs, shorts, and entrepreneurs:

We can recharacterize the balance sheet too. From there, we can revisit the weighted average cost of capital as well as the market value of equity and share-based compensation.

You can read more from Luke Constable
in Lembas Capital’s Library.

Photo by Darío Martínez-Batlle on Unsplash

Luke Constable is the founder and managing member of Lembas Capital, a public-private investment firm. Lembas looks for companies with charisma – quality businesses with accelerating cash flows and favorable capital flows. Prior to Lembas, Luke worked in special situations, growth, and crossover investing at several hedge funds and a private family office. He received his AB in history from Duke University and his JD from Stanford Law School. He was a champion Civilization IV player and is a member of the California Bar Association. Originally from Philadelphia, Luke now lives in New York, where Lembas is headquartered.