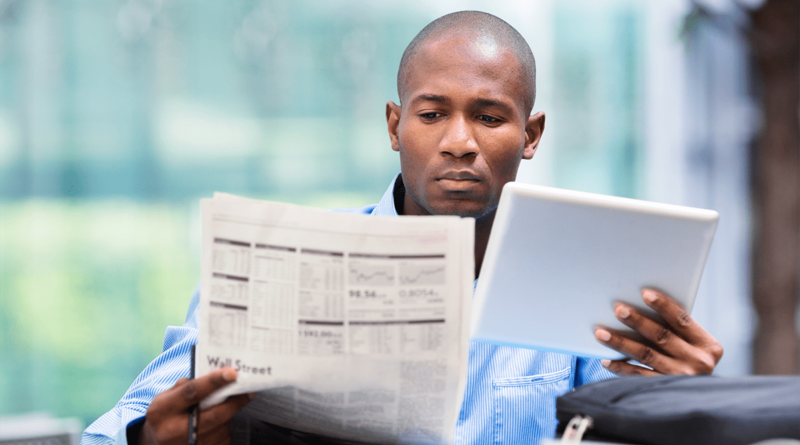 
If you’re like me, you’re bombarded daily by financial news that screams for your attention.

But a lot of what we read is either irrelevant, shallow, or incomplete and hence misleading and distracting from an investment perspective.

I’ve identified the top 10 distractions, the kind of stories that have no value or insight and can be easily avoided.

Or the other variations, such as “Asian shares hit a speed bump,” “China extends sharp rally” etc.

These sorts of bland characterizations don’t mean much because they’re historical. It’s like saying it rained yesterday or that the temperature dropped to 5 degrees last night.

Single day moves rarely tell us anything about the direction of the market. And it’s the rare stock that becomes undervalued or overvalued in one day.

“News” like this serves no redeemable purpose and just gives lazy or shortsighted journalists something to report on.

Why should we care whether Jeff, Bill, Mark, or some other ultra-rich person lost or gained a few billion because of a market move? It doesn’t affect the market value of our wallets. Plus I don’t think it bothers them much either since they are already squillionaires.

Are we supposed to celebrate that these tycoons “lost” a few billion? And what did they really lose anyway? The losses are on paper and once the market bounces back, as it always does eventually, these losses will be wiped out.

Still, outlets report news like this as though something momentous has happened.

Had we purchased $1,000 worth of Amazon, Apple, or Tesla shares years ago, we would have made millions by now. Yes, we know. Why rub it in?

Are articles that make such observations supposed to make us regret all the other decisions we made or didn’t make?

I don’t understand the point apart from the massive and fascinating numbers involved.

Of course, with the wisdom of hindsight, just about everyone looks like a loser who missed an obvious buy call. But 10 years ago, who knew that Amazon or Tesla or Netflix would be so spectacularly successful?

If such news also included a system or indicators on how to pick mega stocks well in advance, well, that would be helpful. But that’s too technical and too complex for, well, just about everyone.

“Experts” are conveniently trotted out to explain why the market is behaving in a particular way. The Pundit also pops up to offer long-term market forecasts. Typically, they look grave and serious and give some suitably vague predictions.

Why should we listen to them? Because The Pundit has credibility thanks to their prescient call of the dot-com bubble / global financial crisis (GFC) / taper tantrum / Fourth of July fireworks, etc.

My main issue with The Pundit is their inconsistency. It’s not that difficult to predict a crisis. The market will eventually crash. Calling that crash may be a product of luck or sheer persistence. It’s also called sampling bias. We all prefer to cherry-pick the data that makes us look good.

Has anyone asked The Pundit about their misses? Their poor market calls? Their hits-to-misses ratio? Wouldn’t that be a better gauge of The Pundit’s track record and whether we ought to pay them any attention?

Most crises are unpredictable. Nassim Taleb calls them black swans. They are huge, rare, and impossible to foresee. In boxing, they say it’s the punch you don’t see coming that knocks you out. If that’s the case, who knows when it will come or from where?

5. “This reliable indicator is flashing red.”

These news items are another favorite. An obscure number or concept is taken out of the cupboard, dusted off, and loudly proclaimed the Paul the Octopus of finance.

Why? Because said indicator anticipated three of the last four market crashes / booms.

These stories ignore the fact that historical performance is never replicated. The reason most of these indicators are rubbish? New scenarios render past trends all but useless.

The COVID-19 crisis is a classic example. So much about it has been unique. No market pundit today has experience with such an event: Its origins are biological not financial, the social responses — social distancing and lockdowns — are unprecedented in scale, as are the fiscal and monetary countermeasures. And the ultimate solution — a vaccine — is surrounded by uncertainty in terms of both timing and impact.

So there is no comparable event from which to extrapolate to anticipate the future.

Apparently, the Oracle of Omaha can do no wrong. Which leads to some inane reporting.

Buffett announced he was dumping his US airline stocks recently. Well, that’s what everyone was doing. And it wasn’t really a good move in hindsight as airline stocks recovered somewhat soon after. So not only was Buffett ordinary in his response, but he also sold too early.

More critically, billionaires have a vastly different risk appetite than the average investment analyst let alone retail investor. Their return requirements and investment constraints are not like ours. So why mimic their strategies?

I am always amazed at how wise the media is after the fact. It can always invent some clever and seemingly plausible explanations for earlier market movements.

If stocks rally, it’s because of optimism on a COVID-19 vaccine, better retail numbers, more US states reopening, etc. If stocks fall again after a few days, it’s due to vaccine pessimism or disappointing retail numbers.

No one really knows. It’s all just opinion. It’s not as though financial journalists go out and interview a representative sample of investors to find out their rationales for buying or selling.

And the underlying assumption is that all investors are rational beings who immediately adjust expectations and act logically based on the latest news. But we know homo economicus is a myth. Investors are prone to all sorts of biases and cognitive shortcuts that keep them from “maximizing their utility”

Is the Phillips curve broken and if so why? It’s become one of life’s enduring mysteries.

The Phillips curve is an economic concept developed by A. W. Phillips. The gist of it? Inflation and unemployment have an inverse relationship. Higher inflation is associated with lower unemployment and vice versa.

Yes, the curve is broken and there are
many clear reasons why.

It’s not a paradox that wage inflation has been muted despite record low unemployment. There are a host of factors at work. The US economy has shifted from manufacturing to services, with a simultaneous loss of employee bargaining power; the gig economy has made contract workers ubiquitous; automation has lead to an excess supply of labor; etc.

Another so-called “paradox” making the rounds: the disconnect between Main Street and Wall Street. There was no “connect” to start with. The stock market correlates to economic performance three or four quarters later. And even that correlation — 0.28 — is a weak one.

These hardly qualify as paradoxes.

It doesn’t matter if the market has crashed or is at an all-time high, someone will always be talking up a few great stocks — undiscovered gems that must be bought today, unless we want to risk missing out on the next Amazon.

To be sure, a few of these picks may be great buys. But these recommendations tend to be based on sketchy information. Dig a little deeper and the analysis is often laughably shallow. A recommendation based on “fundamental analysis” means the call was made after cursory glance at 12-month forward revenue, EPS / EPS growth, and the forward PE ratio. That’s it.

Some of these stockpickers ignore fundamentals completely when issuing their calls. They focus on the technicals — relative strength indexes, support levels, etc. — which few retail investors grasp.

Of course, the stockpickers rarely mention the risks and downsides of the stock. It’s all rosy forecasts and smooth sailing ahead. But really they’re simply peddling incomplete, misleading, and irresponsible takes as analysis.

I am not suggesting that companies shouldn’t report their latest numbers. But instead of baldly stating the facts and stopping there, earnings reports should give the full backstory. Once we understand the background, often the results are not so straightforward, and the EPS “beat” doesn’t mean much due to two main issues:

So unless the story outlines what role, if any, share buybacks played in the EPS increase, we won’t know how much was due to organic growth vs. financial engineering or, indeed, if the story has any value or is yet another waste of time.

But these are just two components of the EPS problem. Investors look at this EPS beat and start extrapolating for the next few years. But companies may not have cash lying around to pay dividends or buy back shares. In fact, if they received support from the US government, they won’t be allowed buybacks for a few years.

Of course, these are just 10 of the most common financial news goof-ups. There are undoubtedly many more.

But if we can watch out for these ones in particular and successfully filter them out, our daily reading will be more focused and productive.

Binod Shankar, CFA, is a CFA charterholder who has been based in the UAE for the past 19 years. He is a trainer, blogger, speaker, and podcaster at The Real Finance Mentor and appears frequently on CNBC Arabia as a market analyst.