Q. I want to eventually retire with a healthy nest egg for me and my family. My accountant says I should invest in the stock market, but that sounds risky. Isn’t Wall Street just a giant casino?

A. Given all of the market gyrations and shenanigans that occur on Wall Street and Main Street, it’s easy to mistake the stock market for a rocky riverboat casino. Without a doubt, investors can use the market this way, and many do. However, investing—when done properly—differs greatly from gambling.

One reason Wall Street can look more like an oversize craps table is the development of app-based brokerages such as Robinhood, which have been widely criticized for “gamifying” the investment process. Using these apps, investors are regaled with on-screen congratulations for making trades and are rewarded for winning trades with displays of balloons and confetti. Of greater consequence is the ease with which the brokerage has enabled investors to engage in high-risk trades such as options and cryptocurrency, practices that were implicated in the suicide of one young investor who believed he had lost $750,000 on a risky bet.

Social media has also fed a frenzy of trading in the market, perhaps most famously with members of the Wall Street Bets on Reddit pitting themselves against the hedge funds and shorting “stonks” * such as GameStop and AMC Theatres.

Stock Market vs the Gaming Table

Fortunately, there’s an important difference between investing in the stock market and placing a blind bet at the gaming table, and that’s the expected return. In a casino, on average, the house wins. A correctly played blackjack game yields the gambler a 49.75 percent chance of beating the house. In craps, the odds fall to 49.6 percent. The chances of defeating a slot machine can be as low as 41.5 percent. On the whole, casino gamblers lose money because the long-term expected return is negative.

In the stock market, however, the average investor makes money, at least over the long term, because the expected return is positive. The reason? There is input to the system beyond just a stack of chips, in the form of millions of talented and ambitious people whose hard work fuels the companies whose stocks are traded on the exchanges. As a result, these companies are able to develop new products and services that add value to the world. This value translates to higher revenue, and as time goes on, the value of market investments also increases. 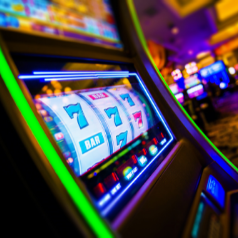 Jack Bogle, founder of The Vanguard Group in Malvern, Pennsylvania, famously said, “The stock market is a giant distraction from the business of investing.” Put simply, in the long run, investors make money by owning profitable companies. It isn’t the trading from one company to another that pays off. In fact, on average, trading yields zero return before trading costs and a negative return after those costs. (Do those odds sound familiar?)

In both gambling and investing, one saying does hold true: “The croupier always gets his cut.” Whether you’re doing the investment work yourself or paying someone else via an actively managed mutual fund, managed stock account, or hedge fund, investment costs—which might include commissions, spreads, management fees, and capital gains taxes (if done in a taxable account)—reduce the value of your investment. You can minimize the “cut” by making as few trips through the casino as possible. Trading, even just to rebalance your portfolio, is akin to an extra trip. Ideally, you would take only one round trip, meaning you would buy as you save and invest throughout your career, then sell to pay your living expenses in retirement. With a low-cost, broadly diversified liquid investment like an index fund or exchange-traded fund—available from companies like Vanguard, Fidelity, Charles Schwab, or iShares—the cost of holding an investment is very small. Essentially, you can ignore it.

Many people today seize on this idea that “investing is gambling”, and instead of putting their hard-earned money into rational investments that will provide for them when they can no longer work, they spend it on pricey designer watches and luxury vehicles. “Beats losing it in Vegas or on Wall Street”, they claim. However, they could have invested those funds and avoided the “market casino” altogether by minimizing higher-risk investments such as options and day trades and putting some of that Tesla money into nonstock investments over which they would have significant control, such as bonds, certificates of deposit, real estate, and small business investments. 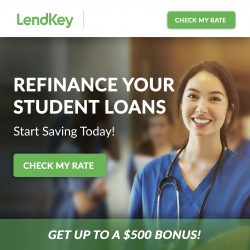 The bottom line is that good investing is boring investing. It isn’t meant to be entertainment. However, just because the markets can be used as a casino does not change the fact that investing and gambling are completely different activities. If you invest wisely, save regularly, diversify broadly, and keep investment costs low, you’ll be able to reach reasonable financial goals. For most of us, that means having the time to focus on our patients, family, and own wellness without the burden of financial worries. You may find yourself in a better position to help others and even occasionally indulge in a luxury or two. You don’t have to gamble to do that.

*“Stonks” is a term for highly volatile stocks coined by day traders.

This article originally published at ACEPNow.com.

What additional advice would you give to someone nervous to invest in the stock market? Comment below!