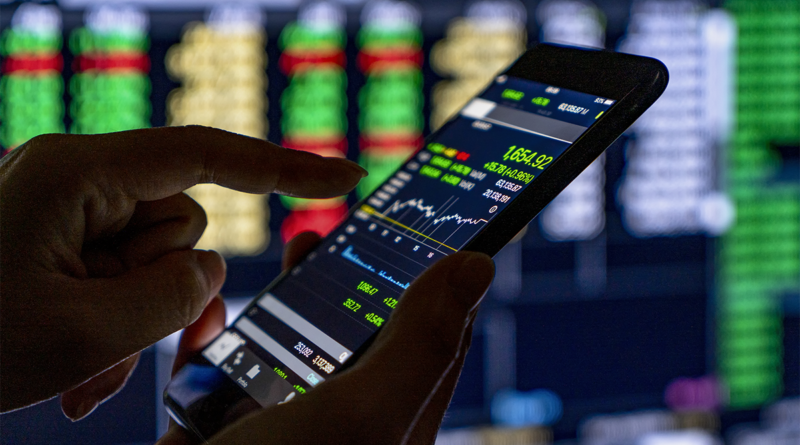 Technology wasn’t unimportant before COVID-19. But the pandemic and associated lockdowns have changed the calculus. Billions of us now use technology and telecommunications to communicate, work, learn, shop, entertain ourselves, and consult with our health care providers more than ever before. PC sales have increased, consumers and enterprises have moved to the cloud, and even our parents and grandparents can now give Zoom training lessons.

As Microsoft CEO Satya Nadella put it, “We have seen two years’ worth of digital transformation in two months.”

Increasingly, the question is not whether tech is important — it is — but just how important. What percentage of its time should a bank or retailer’s C-suite spend thinking about technology? How much of its annual spending should a firm allocate to tech? Twenty years after the dot-com bubble popped, what weighting should institutional and retail investors give the sector?

There are different ways of measuring the sector’s importance. As of 2019, the economic output of US technology companies was $1.9 trillion, or about 10% of US GDP. Tech firms employed 12.1 million workers, which accounted for about 7.7% of total employment. Of course, not everybody who works for tech companies is an IT worker, and not all IT workers work for tech companies. In 2019, there were 5.75 million IT workers and managers who accounted for only 3.7% of the total US workforce.

But maybe these are the wrong metrics. They are only snapshots from 2019: They don’t show future growth and don’t reflect the sector’s enormous profitability. If only there was some algorithm that took the current numbers, assigned a value to a firm or sector’s expected growth and profitability, and discounted it appropriately for risk.

There is: It’s called the stock market. Financial theory holds that every stock is the net present value of future cash flows, earnings, and dividends. And tech stocks have done well. The NASDAQ rose 44% in 2020, while the S&P 500 was up only 16%. But more interesting than performance is the sector weightings.

Sector weighting reveals a lot. It isn’t about just one stock, but all of the stocks in a sector. It also reflects the growth, or the lack thereof, in all the other sectors of the market. It provides relative context, not just absolute numbers. At the close of 2020, Information Technology (IT) companies made up 28% of the S&P 500.

There you have it, the answer to the question of how important tech is: CEOs should spend just over a quarter of their time thinking about the sector.

But wait — tech is actually even bigger than that!

2. Tech Stocks in Hiding, Part I

The two largest stocks in the S&P 500 by market capitalization, Apple and Microsoft, are both tech companies. (All market weightings referenced are as of 31 December 2020.) But the three to seven slots in the top 10 are a mix of Consumer Discretionary and Communications Services stocks. Or are they? The stocks in question are Amazon, Facebook, Tesla, and Alphabet/Google class A and C shares.

Whatever their official classification1, many people think of these as tech companies. Moreover, beyond the top 10, Netflix, Twitter, Paypal, Electronic Arts, and Activision Blizzard are also classified as Communications Services. But it’s no stretch to call them tech stocks either. So not only are “tech” companies seven of the top 10, but also 14 of the top 20.

The eighth largest stock is in the Financials sector: Berkshire Hathaway. Which isn’t a tech stock. Unless you look at its 30 September 13F filing: Berkshire owned more than a billion shares of Apple among various other tech stocks. Together these tech stocks account for almost exactly half of Berkshire’s holdings.

The 11th largest stock on the S&P 500 is that famous tech giant . . . Visa. For decades, Visa was part of the Financials sector. Until 2018, when it was shifted to Information Technology along with 16th-ranked Mastercard. This is nothing new: Companies that aren’t tech become tech over time. After all, IBM made mechanical adding machines long before it began building computers.

There were 480 initial public offerings (IPOs) in 2020, more than double the number in 2019. Most were for tech companies, and the larger tech IPOs from the class of 2020 have a combined market capitalization of $460 billion. That’s bigger than the market cap of Johnson & Johnson, the 10th largest company on the S&P 500.

The global pattern may even be more pronounced. At the close of 2020, the top 10 MSCI All Countries World Index constituents are tech stocks, with Taiwan Semiconductor, Alibaba, and Tencent joining the seven top 10 US-based tech companies from the S&P 500. In terms of sector weighting, Information Technology was 22% of the index, and Communication Services another 9%. Even in Canada, the Toronto Stock Exchange’s largest firm at year-end 2020 is not a resource company, but e-commerce enabler Shopify.

But all this is driving by looking in the rearview mirror. What will tech’s weighting look like in the future?

What’s also notable is the trend line. Over the last 30 years, the tech sector has been on the ascent, taking up an ever-growing share of the market. Which makes sense: The story of the last 30 years is largely that of technology’s expanding role in our lives and businesses.

All this raises a series of questions. Are we using more tech in our lives and businesses today than in the past? Will we use even more in the future? In 1990, 2000, and 2010, most would have answered yes to both these questions. And they would have been right.

But what if we’re in another tech bubble?

To be clear, the weight of “tech” in the global or US indices is composed of hundreds of individual stocks. Those stocks could go down tomorrow or they could go up. Most of the time, the rise or fall of any one stock doesn’t shift the weighting of the overall tech sector by very much. So even if the tech sector weighting does fall, the important thing is to look at the longer-term trend.

Tech — as a sector — has a tailwind. While it may fluctuate with the market, over the long run it has grown ever more important. So instead of thinking of tech as just another sector, investors might want to ask:

Is Technology a New Asset Class?

The investment bottom line: The term “asset class” means something specific. Investors can reduce risk and enhance returns by investing in various asset classes — stocks, bonds, real estate, commodities, venture capital, etc. — especially if they are non-correlated, or don’t all go up and down in value together.

Tech stocks are obviously a subset of the stock universe and mostly move in the same direction as other equities. But the tech sector weighting of the S&P 500 jumped from about 15% in 2008 to 20% in 2009. The global financial crisis (GFC) hurt many market sectors, but technology outperformed and grew its weighting. Amid the current pandemic, the Information Technology sector weighting jumped by another 5 percentage points, from 23% at the close of 2019 to 28% at year-end 2020.

This growing weight is real. Unlike the tech bubble of the late 1990s, tech’s current rise is not divorced from fundamentals. While other sectors have experienced anemic growth and sharp declines in revenue and profitability, many tech stocks have enjoyed double-digit growth in revenues and earnings. The tech sector’s expanding weighting reflects that.

Given its lack of correlation with other stocks during the two latest financial crises and its multi-decade expansion as a share of the market, tech clearly is the sector to watch. If the current trend continues and tech’s weighting grows another five percentage points from its current 45% over the next five to 10 years, investors may need to pay more attention to tech than all other sectors combined.

The C-suite bottom line: Management teams don’t invest in stocks for their companies, but they invest in technology in two other ways.

The first is tactical. They allocate funds to purchase computers, smartphones, and other tools, but they also invest in cloud migration, artificial intelligence (AI), the internet of things (IoT), big data, and so on, and usually over multi-year periods. Most companies have budgets for tech-driven R&D, innovation, and acquisitions. They must also allocate resources to the IT department and to making a firm “digital first.”

Across almost all these tactical decisions, “investing in technology” was growing before the pandemic. COVID-19 only accelerated that growth.

The second form of investing in technology is inherently strategic in nature. Everything changes and evolves, technology especially. The critical long-term task of a company’s management and board is to think about and hopefully anticipate the future. Historically, that encompassed many variables: energy, materials, real estate, such financial factors as interest rates, inflation, and currency moves, and technology.

For example, only a decade ago, the management of banks, retailers, and transportation companies had to think about moving business online. But surging smartphone sales meant they also had to make a choice: PC-first or mobile-first. Those that got it right succeeded, while those that got it wrong are gone. And this was even before the pandemic and associated recession hit.

What Does It All Mean?

When synthesized this analysis leads to three key takeaways:

Indeed, going forward, two years of digital transformation in two months may become the rule rather than the exception.

1. The Global Industry Classification Standard (GICS) determines which firms are in which sector. In 2018, it revised its standards and replaced the Technology sector designation with Information Technology. It also reclassified some Technology companies as Communications Services. Due to these adjustments, it is difficult to compare pre-2018 sector weightings to later ones.

Duncan Stewart, CFA, was an active portfolio manager from 1993 to 2005, and is now director of technology, media, and telecommunications research for Deloitte Canada. In that role he has researched millennial attitudes to financial services and the gender gap for women in IT.